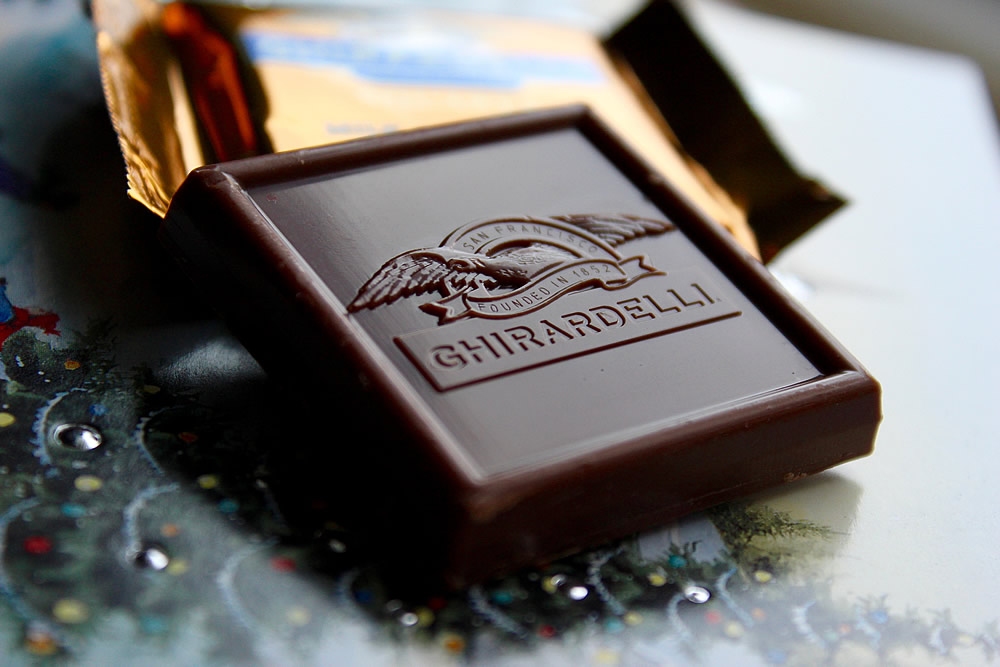 A brief history of Chocolate 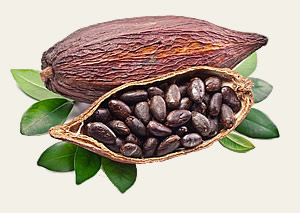 Chocolate has been consumed as a beverage for many thousands of years in Central American and parts of Mexico throughout the Olmeca, Mayan, and Aztec civilizations.

16th century Conquistador, Hernán Cortés is believed to have introduced chocolate to his native Spain on his return from the new world. It soon became a popular beverage across Europe.

It wasn't until 1847 that chocolate suitable for large scale production was successfully formed into a bar by the English firm, J. S. Fry & Sons, though the taste would not have likely pleased our taste buds. In 1866 they began commercial production of Fry's Chocolate Cream bars (a refined version of the original is still available to this day in the UK). 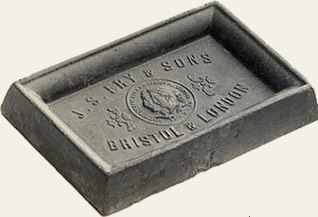 In 1879 Rudolphe Lindt developed a "conching" machine that helped improve the texture and flavor of the chocolate to what we today expect from a chocolate bar. 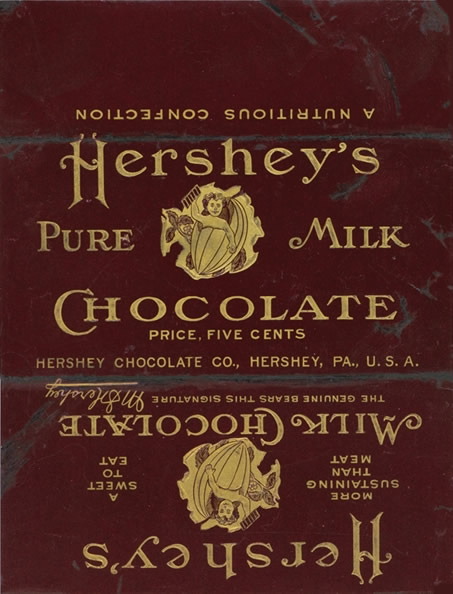 The name most closely associated with American chocolate opened for business in February of 1894.

In 1911, The Mars family began their chocolate business.

During World War II chocolate was difficult to come by and what was available was controlled by Hershey's as they provided chocolate bars to the troops.

Though competitors, Forrest Mars Sr., son of the Mars founder saw English soldiers eating small chocolate beads encased in a hard sugar shell (Smarties) and took his idea to produce an American version to Bruce Murrie, the son of Hershey executive William Murrie. The pair teamed up to produce M & M's (Mars & Murrie) for distribution to the military.

Following the war, the product went public, Forrest Mars bought out Murrie's 20% of the venture, and eventually the firm discontinued using Hershey's chocolate. In 1950, each m&m began being imprinted with a black "m", but in 1954 they changed the imprint color to white. 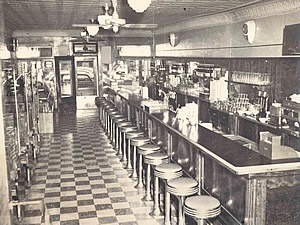 For more than 60 years the Papapanu family ran the Candy Kitchen in the village of Webster and produced handmade chocolates, taffy and ribbon candy. With its soda fountain, ice cream and jukebox, the Candy Kitchen was a popular destination for kids young and old. Unfortunately a fire in 1973 brought an end to the business. Many salvaged items are on display at the Webster Museum. 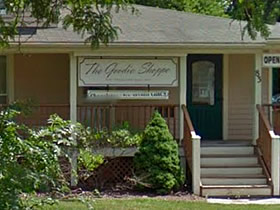 The Broiku family has been operating the Goodie Shoppe since 1927. For many years the business was located in the city of Rochester but by 1979 North Avenue in Webster became the Goodie Shoppe's new home. The city store contained a soda fountain and for a time a lunch counter. Today, the business focuses on handmade ice cream cakes and chocolates.