The Webster Museum and Historical Society

The Webster Museum and Historical Society is dedicated to educating and introducing Webster's heritage to our community. Through research, collection preservation,educational programs and exhibits, it weaves the past with the present to increase the understanding and appreciation of Webster's vibrant history. 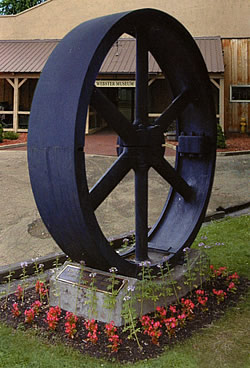 The Webster Through the Years Museum was first located in a wing of the Town of Webster Municipal Building (1976-1985). The needs of the town grew and the collections of the Museum increased. Both required additional space. In 1985 the newly established Webster Museum and Historical Society renovated and moved into a building built in the early 20th century as an automobile repair shop. The building, located at 18 Lapham Park in the Village of Webster, provides approximately 4300 square feet of exhibit space, a storage area and space for the Webster Town and Village Historian’s office.

The history of Webster, New York (1800-present) comes to life at the Webster Museum. Changing exhibits reflect Webster’s agricultural beginning, its early industrial development and its growth as a 21st century community. The collection has been assembled over many years and includes treasured items from Webster families and memorabilia reflecting its cultural heritage.

Period rooms from the 18th and 19th centuries, an apothecary, a lawyer’s office and a general store allow visitors to observe a wide range of objects which facilitated daily living and provided recreation and entertainment. The products of leisure time such as quilts and needle work are displayed. Exhibits in the barn area include tools and equipment used on the farm and by early artisans in their work which supported a growing community. Photographs of earlier days provide a glimpse of the past.

A schoolroom, typical of the early 1900's, is part of the Museum. The room seats 24 students at double desks and includes a schoolmaster’s desk, a collection of early text books and early teaching aids. Students from the Webster School District’s public and private schools and those learning at home visit the Museum. Certified by the New York State Board of Regents as an Educational Museum the Museum provides tours to groups upon request and on site programs to schools and community groups.

Interpreting the Mission statement of the Webster Museum and Historical Society, which is to stimulate interest in the heritage of Webster as well as to display articles of historic interest, the Historic Properties Committee works in partnership with the Webster Town and Village to preserve, recognize and document historic resources as well as provide education to the community relating to protecting the past and honoring the achievements of previous generations.

The Webster Museum and Historical Society is a 501.(c)(3) Non profit Corporation managed by a Board of 15 Directors and operated by a staff of 45 Volunteers. Support for the Webster Museum is from its Members, the Webster Community, donations and Grants. There is no admission fee. The Museum is open on Tuesday, Thursday and Saturday from 2:00 – 4:30. Call 585-265-3308 to arrange group tours. 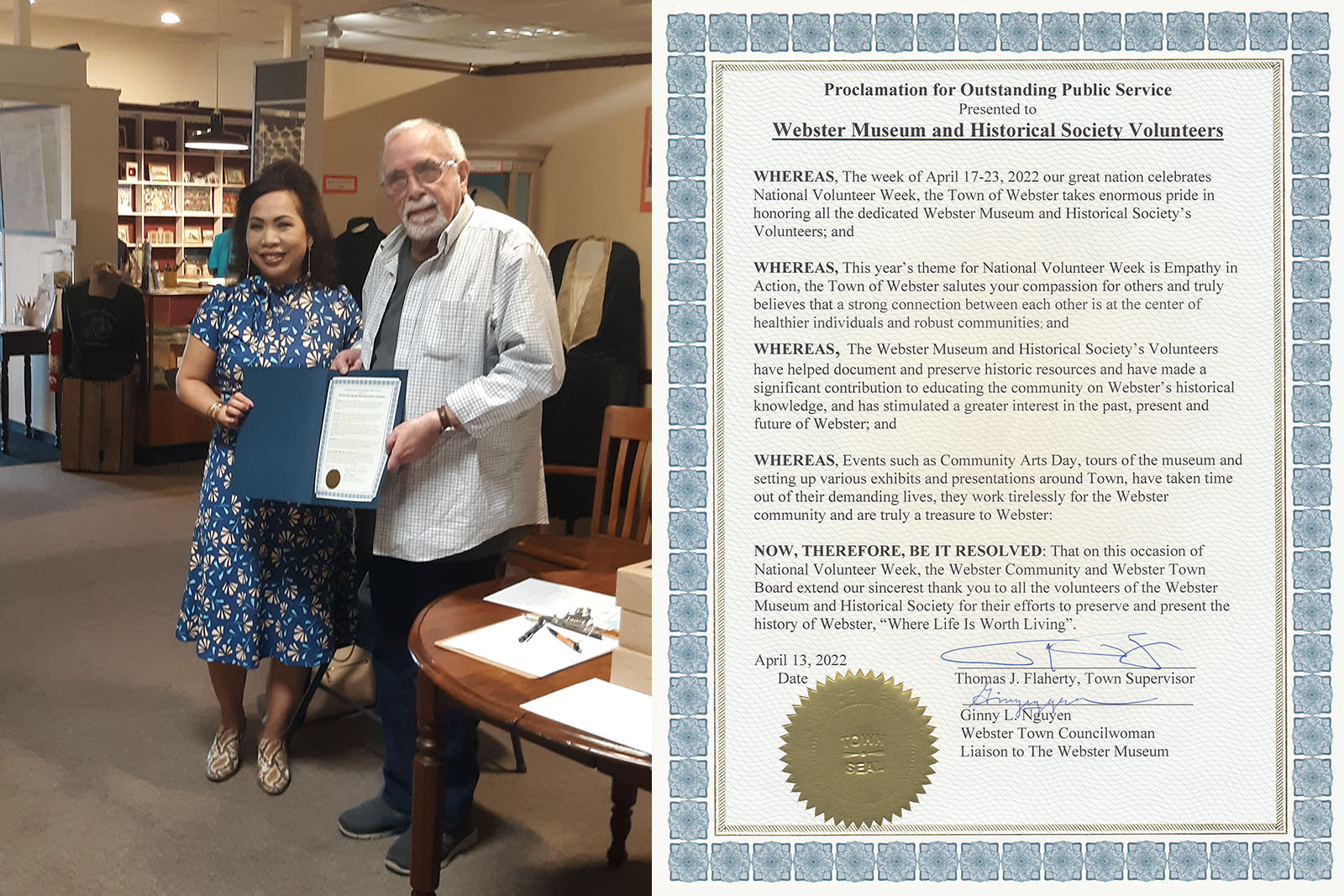 Webster Museum and Historical Society Board of Directors - 2022

The Webster Museum will become a more inclusive, participatory and fiscally secure museum at the heart of the Webster community. To this end, we will undertake at least one new or heightened activity each year that addresses each of these three goals.